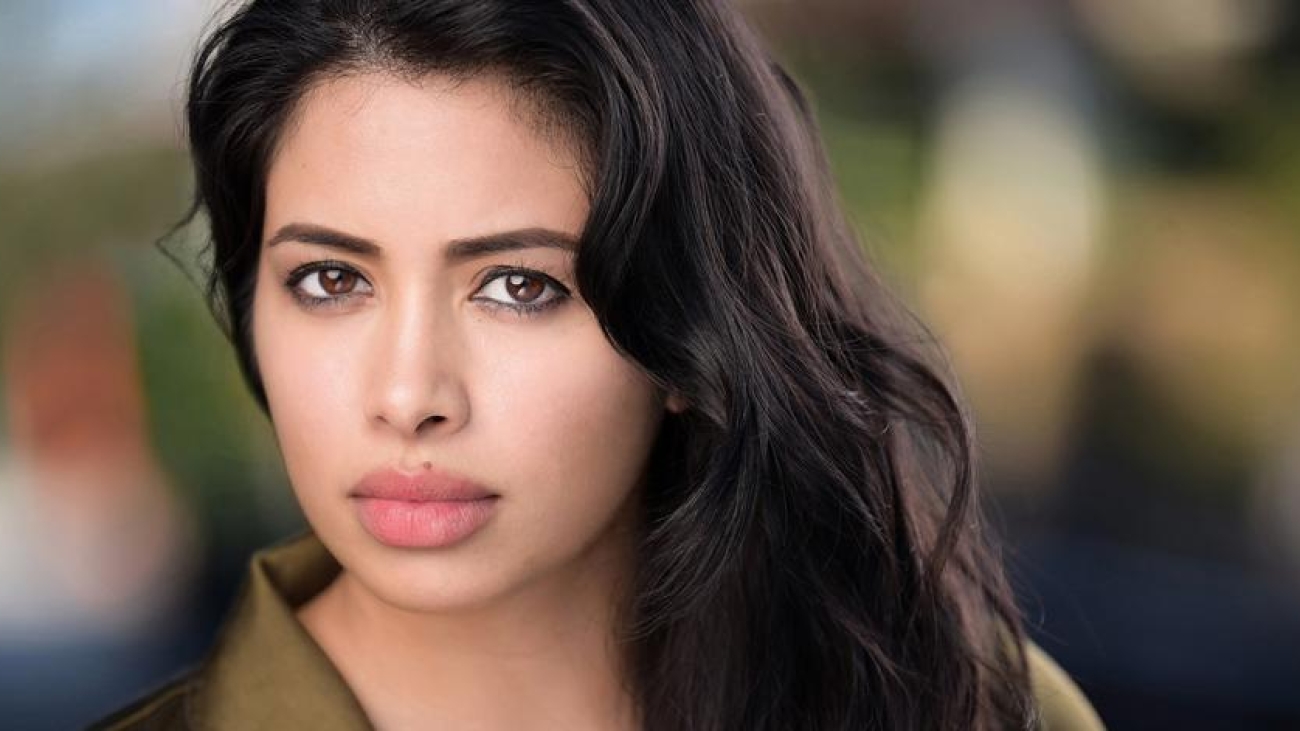 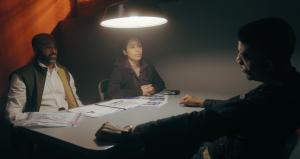 Fred Thomas Jr and Kruz Valero in new WE tv series ‘Kold x Windy’, episode What You Go’n Do? / photo courtesy: WE tv

The eight-episode series follows rising female rap duo, Malika “Kold” Wise (Sh’Kia Augustin) and Renee “Windy” Johnson (Nijah Brenea), as they navigate the dangers of the drill music game and the streets in Chicago. Their sisterhood is tested as one yearns for a better life and the other yearns for street credibility. Valero steps into the action as Detective Sandoval, who is brought in to investigate the murder of a young girl caught in the crossfire of the hip hop movement.

Valero was excited to join the new show from creators Kenny Young, Phil James, and Vernon “Xtreme” Brown, which also marks the second project she has worked with producer Lisa Diane Washington. “It’s an Honor to play Detective Sandoval, and being able to bring life to this character, who is very driven and passionate yet complex, was a very rewarding experience to jump into as an actor,” shares Valero.

Previously, Valero has gained attention with several notable appearances in both film and TV. Her credits include roles in the groundbreaking Netflix series Orange is the New Black, ABC’s mystery drama Emergence, and CBS’s crime drama The Equalizer. In addition, she emerged alongside Oscar winner Helen Mirren in acclaimed film The Leisure Seeker, the heart wrenching dramatic film A Question of Faith, and gained accolades and awards on the film festival circuit for Made in America.

Born in Venezuela, Valero is currently writing her life story. It’s a tale about coming to the United States as a teenager, settling with her mom in Georgia, learning English, falling in love, and becoming an actress and photographer.


EIN Presswire’s priority is source transparency. We do not allow opaque clients, and our editors try to be careful about weeding out false and misleading content.
As a user, if you see something we have missed, please do bring it to our attention. Your help is welcome. EIN Presswire, Everyone’s Internet News Presswire™,
tries to define some of the boundaries that are reasonable in today’s world. Please see our
Editorial Guidelines
for more information.