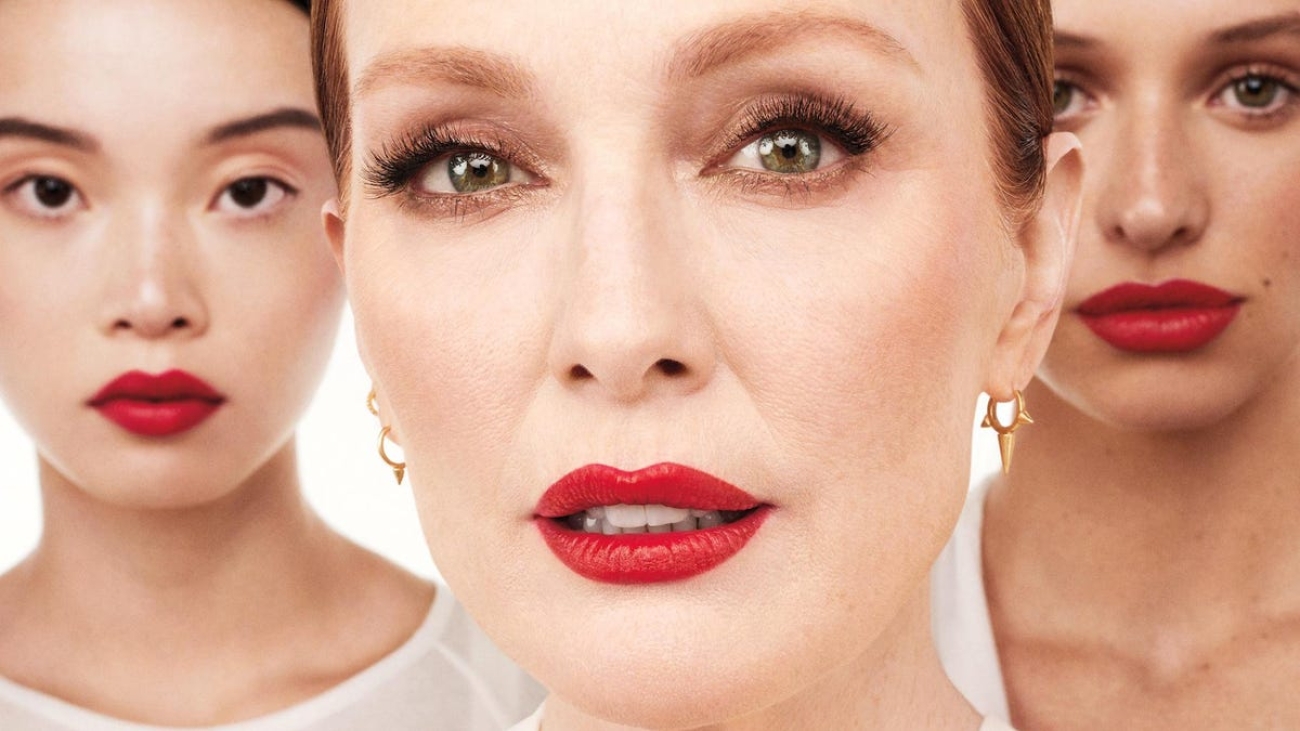 Have you ever wondered what gives red lipstick its vibrant crimson color? You’re probably not going to like the answer: In the case of carmine, which is the beauty industry’s go-to red pigment, it’s traditionally produced from crushed female insects. There can be up to 1,000 insects in a single red lipstick to create that bold, red hue. “Being a proudly cruelty-free and vegan brand, we knew there had to be a better alternative,” says Carisa Janes, Founder & CEO of Hourglass Cosmetics. “Over the course of three years, we conducted 175 color experiments, tested 36 pigment combinations and developed 19 formulations to create our award-winning, patent-pending replacement for carmine. Red 0 is a 100% vegan red that delivers the same brilliant color, with zero insects harmed and zero animal byproducts. It’s truly revolutionary and we have plans to make this ingredient open source to encourage more vegan business practices.”

Red 0 is available in Hourglass’s new Unlocked Satin Créme Lipstick, along with 20 other shades, and they’re launching a campaign, starring actress and Hourglass brand ambassador Julianne Moore, to celebrate this achievement. “It’s nice to know that you don’t have to kill a bunch of bugs to wear lipstick,” Moore says. The theme of the campaign is driving and “unlocking” impact in the world, and it features a diverse group of creative women who are doing just that, ranging from a healthcare advocate to an activist and ambassador of REWILD to a mental health and gender equality activist. The campaign was shot by renowned photographer Ben Hassett.

“We were inspired by the idea that a single color can make a statement and unlock impact in the world,” Janes says. “We wanted to convey this by showing the power of people coming together to take a stand and create community around important causes. This is exemplified with Julianne Moore, alongside an inspiring collective of women, introducing our new Unlocked Satin Crème Lipstick and its unique duality—purpose and performance. This exciting launch brings our brand purpose and innovation to life by highlighting our new high-impact lipstick collection and our ongoing commitment to animal welfare.”

The theme of “unlocking” flows throughout the campaign. “The idea of ‘unlocking’ is about living a life aligned to your personal values,” Janes says. “The choices we make, both big and small, can unlock change, spread inspiration and create connectivity. For instance, this launch shows how the simple act of selecting a lipstick can have a profound positive effect, and lets the world know what you stand for.”

Moore sees unlocking as a positive action. “When you talk about locking something, it’s like this idea of shutting it down and putting it away,” she says. “But when you’re talking about unlocking it, that means you’re opening a door or making a change. For me, that idea of being able to go forward in terms of where you’re looking or what you’re doing is a positive idea.”

The inspiring women in the campaign were chosen to represent diverse social causes, as they use their platform to create positive change. “We are featuring bold personalities who align with the campaign’s mission to unlock impact in the world,” says Brooke Blashill, Chief Marketing Officer of Hourglass. “We worked with SouKeyna Diouf this past year and was moved by her story and dedication to malaria prevention. Yovanna Ventura was a natural fit, as she shares our mission to protect animal rights, and Tatiana Ringsby is an influential voice for the LGBTQ+ community. This campaign is about social impact and personal empowerment. By bringing attention to the diverse ways in which these women unlock impact in their communities, both big and small, we are sharing a broader message that everyone can be a part of change. We also know people are actively seeking out this type of purpose content and have made a short digital series to provide a platform for these inspirational stories.”

Moore was attracted to the campaign for the opportunity to shine a spotlight on a cause close to her heart: gun safety legislation. At the time of the Sandy Hook massacre, her children were ages 10 and 14. Her daughter asked her, “did a bunch of little kids get shot today?” and that sparked Moore to get involved. “I went to Everytown For Gun Safety and formed this group called Creative Council, which is I tried to get actors and artists involved who are willing to speak out about gun violence and the need for legislation. At that time, actors weren’t really talking about it. Now, there are a lot of people speaking about it. But still, I don’t think we can speak about it enough because obviously it’s been ridiculous what’s happened in our country. [The need for] this kind of legislation is more evident than ever. I do think that you have to commit to what you care about, and you have to keep at it until you’ve changed.”

Moore admires that each participant has a cause they’re committed to, starting from the top with Hourglass’ dedication to animal welfare. “Each of the women who are involved in the campaign have a different social issue that they care about,” she says. “Seeing a bunch of women who are committed to different kinds of ventures or social issues [makes] you realize people are following their hearts. There’s so many things that need attention, but by harnessing all of us and giving everyone a voice to what they care about, it wakes you up to think about what you care about.”

The Unlocked Satin Crème Lipstick is the newest addition to Hourglass’ Unlocked Collection, which exemplifies the brand’s commitment to reinvent luxury cosmetics with purpose and innovation. “I was inspired by the Nonhuman Rights Project’s mission to unlock the cages of wild animals in captivity, so we created a collection to meaningfully support the fundamental rights of animals,” Janes says. The collection is comprised of their best-selling Unlocked Instant Extensions Mascara and limited-edition Ambient Lighting Edit Palettes. As with their other products, Unlocked Satin Crème Lipstick will continue to support Hourglass’ partnership with the Nonhuman Rights Project by donating five percent of annual profits to the organization.

“Everything starts with our customer and the intention to create a luxurious, high performing product,” Janes says. “With Unlocked Lipstick, there’s no compromising. The transformative vegan formula merges ultra-pigmented color with a deeply hydrating texture, so you’re not sacrificing style for enjoyable, weightless wear. Our custom designed bullet tip allows for a one-swipe application, making touch-ups on-the-go seamless. This high-impact lipstick is packaged in a sleek gold magnetic case.”

As part of the campaign, Hourglass will host its first Impact Day on February 7th, 2023, to celebrate unlocking impact and creating change together. Impact Day will spotlight three of their influential campaign faces—Ventura, Ringsby and Diouf—sharing their purpose-driven stories and encouraging others to support their respective causes. On Impact Day, all Unlocked Satin Crème Lipstick proceeds from hourglasscosmetics.com will be donated to the three nonprofit organizations connected to each campaign partner.

The campaign stands as a reminder that a single person can make an impact in the world. “You can make a positive change for both yourself and the world around you with one small choice,” Janes says. “For example, just by purchasing Unlocked Lipstick, you’re helping to benefit animal welfare. It’s important to spread the message that everyone has the ability to create impact whether that’s through personal causes or simply supporting companies that align with your values.”

Ultimately, a single lipstick can spark empowerment and change. “Lipstick can naturally be a statement-maker,” Blashill says. “We use it to accessorize our daily looks, but what if we extended that to our values and beliefs. Unlocked lipstick goes beyond just beautiful color with its innovative vegan formula, award-winning Red 0 shade, and commitment to protecting animal rights. This lipstick conveys a message and shows how a single color can stand for more.”