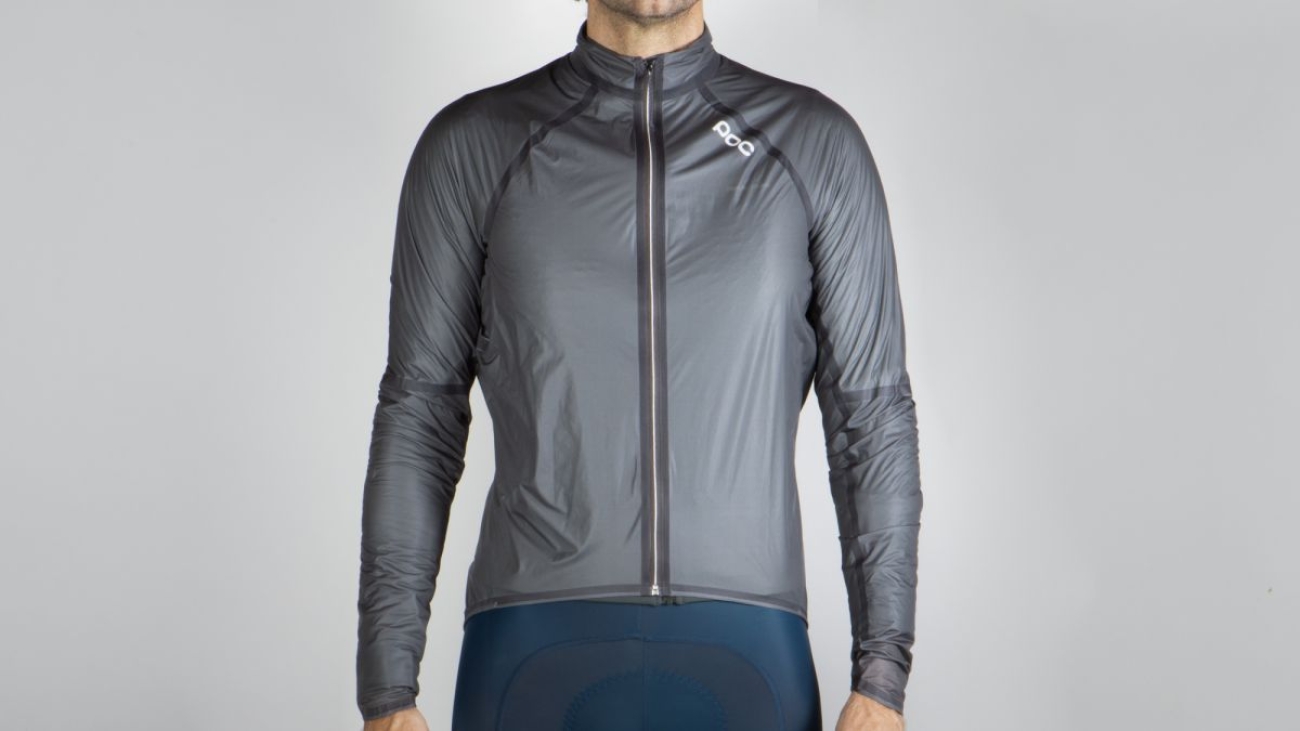 At the end of 2022, the news came out that Shakedry was disappearing from the market. We’d not long since finished making our recommendations for the best waterproof cycling jackets and suddenly everything was changing. As I worked on the article covering the details of what it meant to be at the precipice of a time when PFC bans are set to change the face of all waterproof garments, it brought to light new materials and new strategies. Despite having spent a decade riding through awful winter weather, I suddenly had a new list of things to try. One jacket in particular came to the forefront as an innovative and high-performance option, the POC Supreme Rain Jacket.

It’s a jacket that POC markets as an emergency rain shell, but its material is as close as we’ve seen to offering Shakedry performance but without the soon-to-be-banned PFC (perfluorinated compound) construction, so we’re wondering if it could actually represent more. We’d certainly hope so for the price; at £450 / $500 / €490 / AU$650, it’s even more spendy than anything we’ve seen made using Shakedry.

However, with its futureproof materials, high breathability ratings and high water column measurements, could the POC Supreme represent the future of high-performance waterproof cycling jackets? PFC-free materials are set to make a big entrance in the world of technical clothing, so I put it to the test and now I’m ready to share some details.

The material is a 100% polyester fabric with a three-layer construction. The membrane in the centre is polyurethane, and to further bolster the waterproofing there is a PFC-free DWR (durable water repellant) applied to the outside faces. Of course, that’s not exactly the same as Shakedry but it is, at least positioned as, similar in that it’s thin and highly waterproof as well as highly breathable.

More than any other feature though, what sets the Supreme Jacket apart right away is how thin it is. It’s a given that it’s only a shell but it’s so light and thin it starts to compare to paper. POC lists it as 10-denier and if you look for fabric comparisons that are the same thickness, you’ll find the upper limit of ultra-sheer hosiery.

Compared by weight, the POC Supreme jacket weighs in at 64% of the Sportful Hot Pack No Rain jacket; a jacket that is already exceptionally light.

Given the extremely lightweight nature of the fabric, that’s what sets the aesthetic tone as well. The only colour is a semi-transparent neutral grey with a bit of sparkle to it. In most places, it’s one layer and every seam features tape and glue that’s very visible. The only place that is a little less transparent is the doubled-up layer of the collar. The only break in the colour is the large white POC on the short drop tail and another small white ‘POC’ on the front of the left shoulder.

Keeping the front closed is a zipper that, again, exemplifies the lightweight ethos. In some ways, it’s somewhat common for small waterproof zippers. It’s reversed compared to most jackets and there is a “waterproof tape moulded into the zipper teeth.” POC has also chosen to add a full-length storm flap to further bolster its ability to keep water out. What’s highly unusual though is that there is no pull tab on the slider. In its place, POC used a small length of knotted cord.

This kind of consideration for extremely lightweight design culminates with packability. Instead of the typical integrated pocket on the drop tail, POC put a pocket on the inside of the jacket below the collar. There’s closure to speak of, just a small strip of elastic and the final size is substantially smaller than the aforementioned Sportful Hot Pack No Rain jacket.

The POC Supreme Rain jacket is pretty clearly marketed as an emergency jacket. The 85g (79g in size small) weight is a highlight feature and there is the previously mentioned integrated stuff sack pocket. When I discussed the fabric and saw the huge pricetag, I had to believe it was more than that though. I’ve mentioned the Sportful Hot Pack No Rain a couple of times because if the POC jacket is only a fancy emergency jacket then that’s the closest competition. That jacket is already a piece that grabs a luxury label given the price tag and POC puts the Supreme at just under THREE TIMES its price.

If it weren’t for the PFC-free Shakedry-like material, we would have disregarded it as an overpriced shell, but in the interest of seeing what the future may look like, it was worth a look. Besides, I thought it may be more capable than ‘just an emergency shell’ so I set out to test it.

There is no warmth to the POC jacket. There is, of course, the usual warmth that comes from total blocking of the wind but there’s no insulative effect beyond that. If you want to use it as an actual emergency jacket, the feel against the skin is soft and almost velvety. It would work well in that way but, as mentioned, due to the price, I can’t see a reason to recommend that use. The zipper would also be a bit of a drawback to that use as it’s impossible to open one-handed.

Instead, I took it out and layered up under it. My favourite warm Assos base layer was the start then I added a Pearl Izumi Pro Alpha mid-layer that uses Polartec Alpha for insulation. The 7Mesh Seton is also something I tested as a good match for the mid-layer. In this configuration, I headed out into heavy rain and the POC Supreme jacket worked incredibly well as a shell.

The star of the show is the waterproof/breathable fabric. On that count, there is absolutely nothing to fault. It will visually turn from dry to wet but there’s no sense of it holding water. If you touch it, your fingers won’t get wet. It looks different but that’s the extent of the transformation. Every mid-layer I tried came back feeling dry to the touch, even in heavy rain.

There are some missteps though and it’s all about fit. This is a race-cut piece so there are the usual oddities that happen when evaluating off the bike. Namely, the front is exceptionally short and there is too much material at the top of the chest. These are only issues when standing though. Bend over in an aggressive riding position and they go away.

The two issues that remain are the overly tight wrists and the shorter-than-needed drop tail. Very plainly speaking, the wrists are so tight it’s impossible to take the jacket off without turning the sleeves inside out. They are comfortable once on though so that’s pretty easy to forgive but it’s noticeable.

The most serious issue is that the drop tail is too short to adequately protect the bottom of a mid-layer. When standing, it’s just long enough to cover but a quality mid-layer with something in the pockets won’t move around while riding. The Supreme jacket does move around a bit and as it rides up, even just a little, it exposes the rear. It’s very close but POC has room to improve.

As the world shifts to this new chapter without Shakedry, there are a host of new technologies coming into the spotlight. Some brands are starting from scratch as needed but POC has been shifting towards sustainability for years. The POC Supreme rain jacket is a technological marvel using an eco-friendly material that is on par with Shakedry.

Unlike Shakedry, there is enough stretch to make a whole jacket from the same 100% polyester three-layer fabric. It also feels good against the skin, it’s substantially lighter than what is already a stand-out lightweight material, and it’s PFC-free. Those are all clear advantages and at the same time, breathability and water resistance match the performance.

The only place that the POC Supreme jacket has any issues is in the tailoring decisions. The tightness at the wrist is a bit of an annoyance and the too-short drop tail allows a mid-layer to pick up some moisture on the lower section. It would all be quite forgivable if not for the price tag. As it is, if you want the absolute lightest waterproof/breathable jacket the POC Supreme jacket is very good but expect to pay for it.