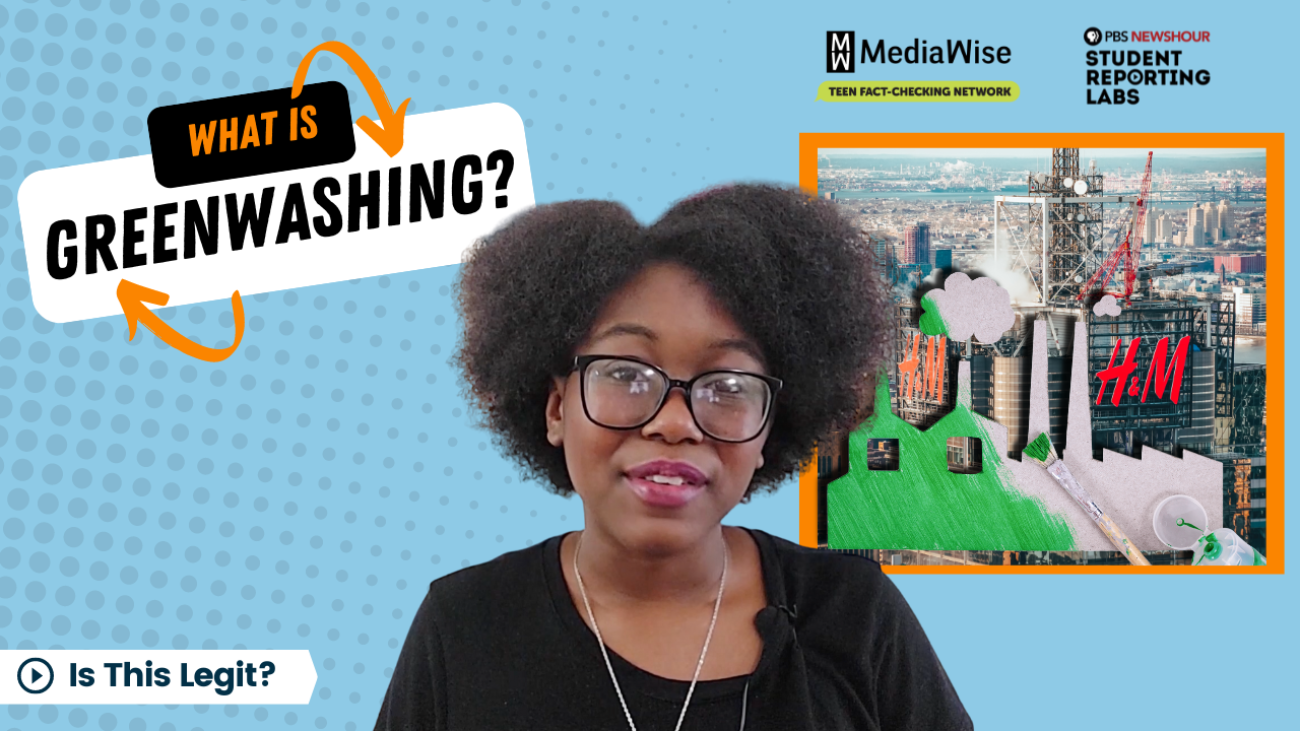 A post on Twitter claims the popular retail clothing store H&M has been doing something called greenwashing.

Here’s how we fact-checked it.

First, we did a keyword search of “what is greenwashing” and “fact check” and found this article from AFP. It said greenwashing is a form of marketing that “makes companies look more climate-friendly than they really are.”

It’s similar to pinkwashing. That’s when companies promote Pride Month in their marketing materials while at the same time supporting anti-LGBTQ+ politicians and candidates.

In greenwashing, the company stretches the truth about how environmentally friendly they are. They might claim that they are using recycled materials or making more sustainable clothing. They might say they are reducing water consumption in manufacturing or diverting materials from landfills — when they really aren’t.

Whatever the case, the companies do it to make money or to make themselves look good. But why was H&M, a Swedish-based fast-fashion company, being accused of greenwashing?

The tweet included a screenshot but not a link to a post from ESG Today, an environmental business publication. So, we practiced the media literacy tip of reading upstream — or going directly to the source by doing a keyword search to find the original article. The article said that H&M had exaggerated its claims of sustainable fashion.

Another article from Forbes zeroes in on the specifics. Here’s just one: H&M claimed that it used 30% less water to make their products when it actually used 30% more.

H&M isn’t the only clothing company that’s greenwashing. Other popular retailers such as Zara, Pretty Little Thing and Shein also have been accused of greenwashing, mainly in their efforts to launch resale platforms that exaggerate the sustainability of second-hand clothing.

What can we as consumers do to spot greenwashing? An article from BBC News advises seven tips to spot it, including:

Needs Context. Based on the evidence we’ve reviewed, we can rate the original tweet accusing H&M of greenwashing as “needs context.” While the company may have exaggerated its claims of sustainable fashion, it has since agreed to provide clearer labeling on its clothes or remove them altogether.

ATTENTION TEACHERS: This fact-check is featured in a free, one-hour lesson plan about companies that “greenwash”  and how to spot it. The lesson is available through PBS LearningMedia, and includes a lesson summary and a handout, among other resources.