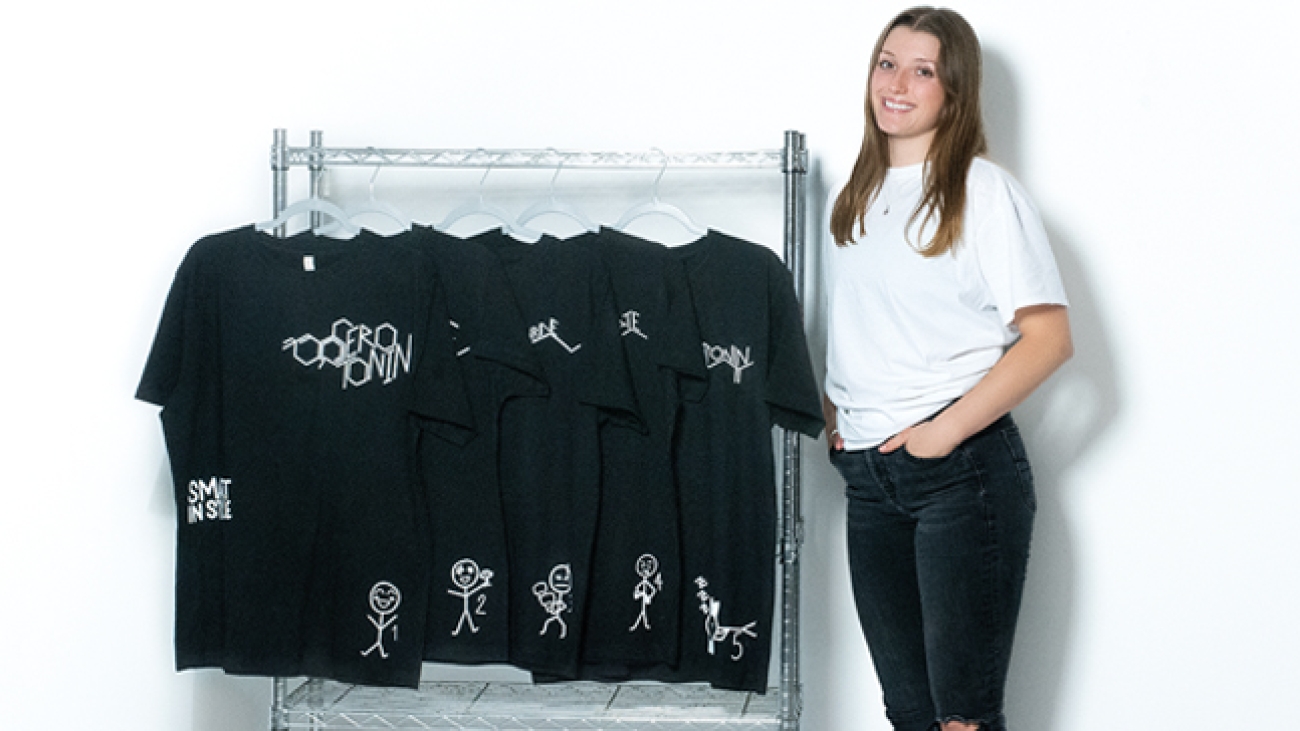 Sage Saccomanno, a 2020 graduate of Sandpoint High School, is entering the world of entrepreneurship in hopes of spreading the philosophy that smart is stylish.

Now studying biochemistry at Bard College in New York, Saccomanno is combining her passions for education and fashion to create Bigger Brain: a brand focused on empowering young people to embrace their intelligence. The first Bigger Brain collection is called Smart in Style, and features a series of black-and-white, eco-friendly T-shirts with designs representing some of the brain’s most essential chemicals, including dopamine, serotonin, glutamate, melatonin and norepinephrine. 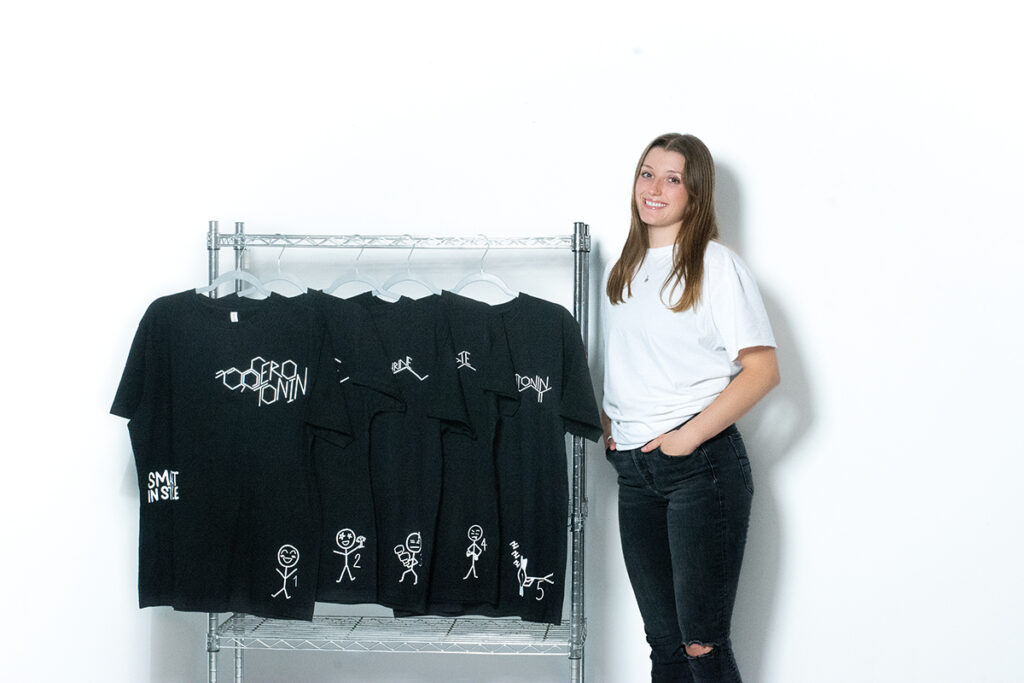 “As my artist and I first started brainstorming ideas for Bigger Brain’s first collection, I knew that I wanted it to be chemistry related and educate people while providing style,” Saccomanno told the Reader. “Seeing as the name of my brand is Bigger Brain, I thought it fitting to focus on chemicals our brains need in order to function and thrive.”

Each shirt comes with an information card meant to teach the purchaser “what the chemical is, why it’s important, how to get it in a healthy way and more facts,” according to the Kickstarter campaign meant to fund the Smart in Style collection. As of Dec. 21, the campaign had seen pledges totaling $16,074 of its $27,300 goal. The campaign is set to end on Friday, Dec. 30.

Seeing as Kickstarter campaigns are “all-or-nothing,” Saccomanno hopes that her hometown can help push Bigger Brain over the threshold.

“I have hope and confidence that we can still reach this goal in time, but I need the Sandpoint community’s help,” she said. “Whether you can pledge [and] buy a shirt or simply share the project with friends and family, anything helps.”

Looking toward the future, Saccomanno said Bigger Brain will be a source of “comfortable and versatile clothing” beyond T-shirts, and, once making a profit, she plans to invest in scholarship funds and after-school programs to further the brand’s positive influence on youth.

“More often than not, I meet young individuals — especially those navigating high school and adolescence — who doubt their intelligence or feel as though it’s uncool to be smart,” Saccomanno said. “With Bigger Brain and starting with the Smart In Style collection, I hope to change this reality and shift the mindsets of young students to ultimately better our world’s future through education.”

Learn more at mybiggerbrain.com. Access the Smart in Style Kickstarter at kickstarter.com/projects/biggerbrain/smart-in-style-collection.