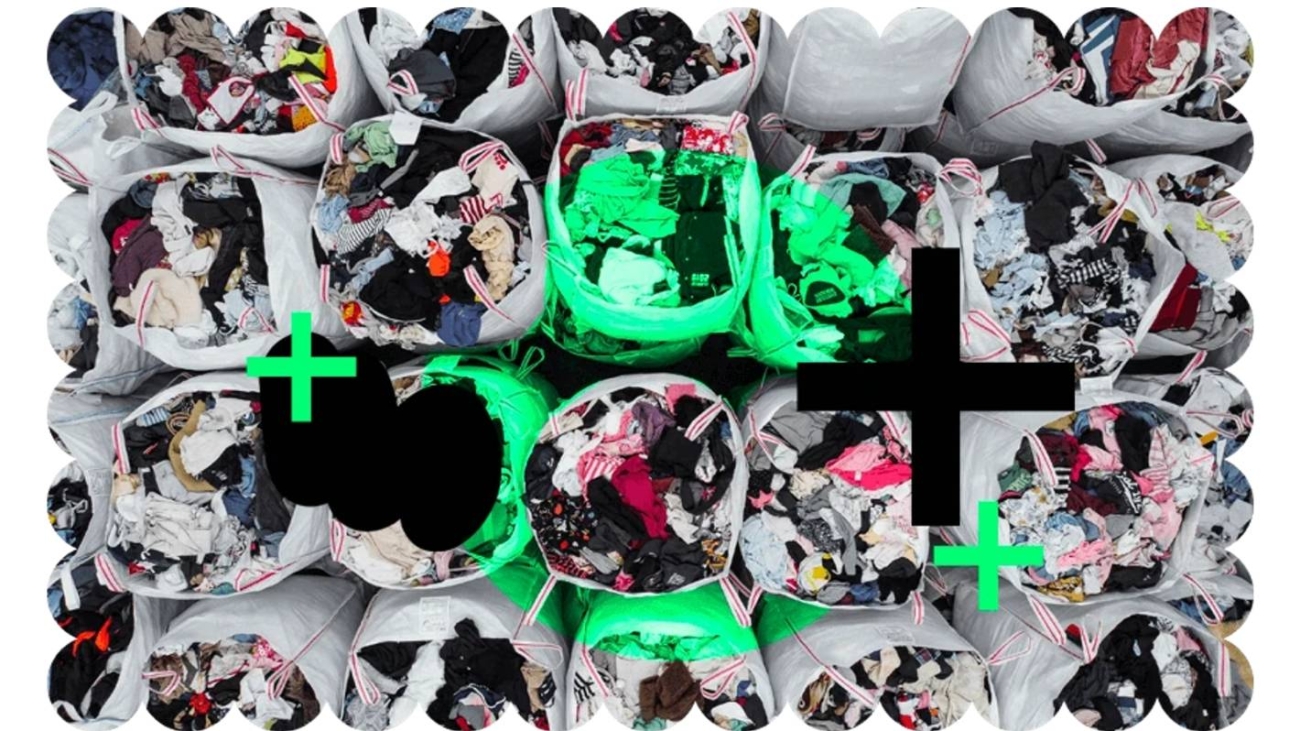 This story is from the team at thespinoff.co.nz.

For the past 20 years, Jeff Vollebregt has worked in flash corporate head offices overseas. “US and Europe and Asia,” he says, listing the places he’s lived during that time. “Travel has been in the blood.” He and his partner have been semi-nomadic and it’s allowed them to raise their kids while seeing the world. Along the way, Vollebregt’s racked up quite the CV with high profile roles at 3M, BP, DHL and Parcelport all on his LinkedIn profile. “I’ve had a good corporate career,” he admits.

Now, in a rundown Onehunga building with rubbish bins out front, wind whistling in through the open roller doors and rain spitting on the roof, things have changed.

Vollebregt is standing in the middle of a warehouse and can barely be heard over the hum of machinery. Surrounding him are giant sacks full of rubbish that could easily have been chucked into the bin and sent straight to landfill. Stuff spills out of sacks ready for sorting, some of it dirty, smelly, coated in oil and well past its use-by date.

READ MORE:
* Two fashion sustainability educators on whether you can be eco-friendly and still shop fast fashion
* ‘I own very few things, all of which I love’: Inside Charli Cox’s mindfully minimalist wardrobe
* The company wanting to turn your old T-shirts into roading
* Bin spotters find 9 out of 10 people don’t recycle correctly

Vollebregt crosses his arms and beams. He couldn’t be happier. From this humble space, Vollebregt has helped launch the New Zealand arm of Upparel, an Australasian fashion waste recycling program and a first for Aotearoa. “We’ll take anything,” he says, digging through a nearby bag of clothes that was recently dropped off. He repeats that last word for effect: “Anything … Everything anyone is wearing today, uniforms, PPE, garments, textiles, fabrics, we take back.”

He means it, showing me through bin after bin of clothes that are being sifted through, sorted and organised. With the help of a small team, Vollebregt removes zips, buttons and metal domes from jackets and pants and sends those to a metal recycler. Clothes are bundled up according to fabrics and stored together. Some of the bins Vollebregt digs through are full of unworn corporate wear. “They’ll do a run of 100 XL jackets – it’s a minimum order” he says. “They use 80, so there’s 20 sitting there that never get used. All 20 would go to landfill.”

Now, there’s another option. Since late last year, Vollebregt’s been gratefully accepting any clothes he can get his hands on. He charges a small amount per kilo to take it in and his bins are chocka, full of corporate vests, hi-vis safety gear, dress pants, heavy jackets, gloves, belts, ties and safety helmets. Soon, the dream is to import machinery, instal it in this space and convert as much of the waste as possible into shredded fill to be on-sold to couch, cushion and jacket manufacturers, just like they do in Australia.

“It’s gone gangbusters,” he says of the Australian arm of Upparel. Across the ditch, more than a million tonnes of waste has been saved from landfill and converted in this way. In New Zealand, about 100 tonne of garments has been sorted over the past year, and is sitting there, waiting, ready to get the same treatment.

Vollebregt decided to flag his high-flying corporate career and turn his attention to fashion recycling because he could see it becoming a growing issue. “Textiles are one of the highest emitting products in landfill,” he says. “I could see this whole textile waste thing becoming a real problem.” Also nagging him was the state of the world he’d be leaving behind for his kids. “They’re probably going to go away and say, ‘Thanks, dad, for the nice, privileged upbringing, but no thanks for destroying the planet. This is a nice way to [give] back.”

Just how bad have fashion’s waste woes become? “I don’t think people realise how dire it is,” says Charli Cox. “We have to make people see how much of a problem this is.”

Cox has spent every spare minute of the past four years doing exactly that with Koha Apparel, a not-for-profit that recycles clothes and offers them to those in need with a pay-what-you-can-afford model. Cox hates seeing clothes being chucked in the bin. “I think it’s something like 9% of landfill is filled with clothing. This is terrible. This is carbon emissions … We’re saying, ‘You need to get an electric vehicle.’ Really, you need to stop putting your clothing in the rubbish bin … It’s what the industry needs. It’s what the planet needs.”

Cox speaks to me in the early morning while sitting in her van in the carpark of a company where she’s about to pick up boxes of excess clothes. Beside her is Koha’s communications manager Tracey Creed. Like Vollebregt at Upparel, many of the clothes the pair pick up are unused. They’ll be be sorted and sent to one of 19 Koha stations around the country then passed on to those who need them: families, kids, the homeless, and those who want to dress up for job interviews. As the cost of living crisis continues, Creed says there’s more need than ever. “[We need] functional, quality clothing that people will feel good in.” What else does she need? “Money,” she says.

Being offered boxes of unwanted clothes isn’t the only way Cox and Creed find their recycled goods. Cox made headlines when she was caught dumpster diving for shoes in a skip outside fashion brand Moochi. Cox says the incident has helped raise awareness that services like hers, and now Upparel, exist. She’s been trying to get local fashion brands on board with Koha, but says out of 100 letters she sent out recently, only three responded. Some don’t want damaged or faulty clothes being worn as it could damage the brand. But Cox says those garments would be fixed first. “To have access to this kind of clothing is game-changing,” she says. “And it’s going in the rubbish.”

Vollebregt agrees he’s just part of the solution. Like Koha Apparel, he needs more buy-in from the local fashion industry to be able to order those machines, but says he’s not far off, estimating it will happen sometime next year. One local brand, Kate Sylvester, is already using Upparel as part of its own recycling program. The long-running Auckland fashion label already has a repair service, and the ability for customers to on-sell items they no longer use. But those who have items that have come to the end of their life can return them, says head of brand Sophie Donovan. They’ll then be sent to Upparel for recycling. “It gets us closer to that circular model,” she says. As for the extra cost to Kate Sylvester: “It’s money well spent.”

As he waits for more brands to come on board, Vollebregt is commuting to Auckland from his home in the Coromandel every Monday, determined to make connections, educate the industry and spread the word that there’s another option other than sending unwanted clothes to landfill. Right now, he’s so determined to stop stuff going to the tip he even accepts unwanted goods like plates and cutlery. Anything he can’t find a recycling home for – like shoes – he keeps in a separate bin because he believes, sooner or later, a recycling solution will reveal itself.

But there’s one thing Vollebregt won’t take. Finally, near the end of our tour, he admits there’s an item of clothing even he doesn’t want to deal with. Yes, secondhand underwear, your dirty old gruts, are a no-go. “It’s a tough one,” he says. “It’s a hygiene thing.” Then he stares around his warehouse, wondering where he might be able to store them should a box suddenly arrive on his doorstep. He’s already got his thinking cap on. Always an optimist, he says: “There’ll be a solution someday.”