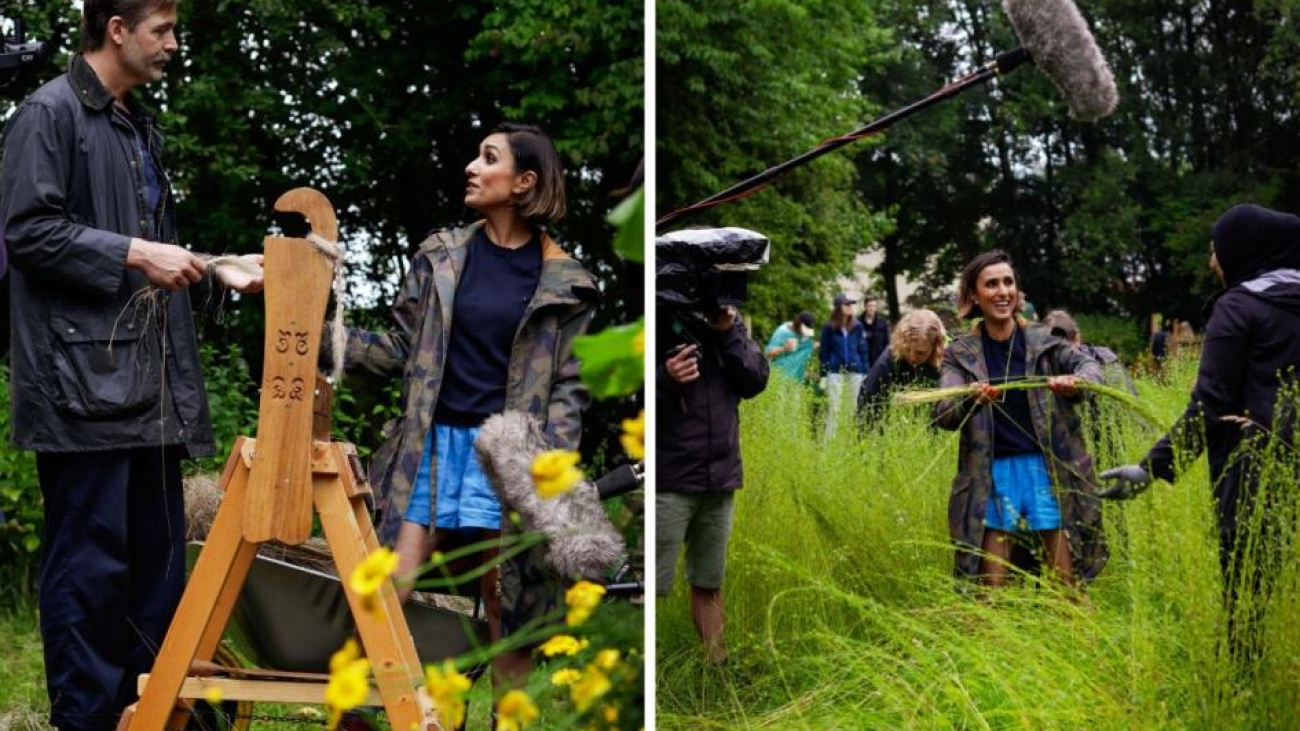 An East Lancashire organisation, that is growing its own eco-friendly clothes, appeared on Countryfile at the weekend.

The aim is to revive the flax industry, once a mainstay of British agriculture, to create home-grown linen.

Fields of flax and woad are sewn and grown across Blackburn. This is then spun, woven and dyed to make brand new clothes.

On the episode Patrick said: “The rise of cheap imported cotton and polyester has killed the flax industry which is a real shame.

“The loss of textile manufacturing on everyday goods has had a devastating impact on communities, particularly in industrial regions such as the north west.

“Those jobs gave people pride and a sense of dignity. By trying to rebuild something we’re not just putting money back into the economy we are starting to rebuild communities.

“Young people today are waking up to fast fashion. They are consciously consuming less and thinking carefully.

“There is an incredible mountain of stuff we don’t need that just ends up in landfill.

“Our health is being impacted by our shopping choices too”.

Laurie Peake, director of the Super Slow Way, said it was “great” to see the project getting some recognition.

She said: “It was great to see an in-depth project getting national attention because it deserves it.

“Since the decline of the textiles industry in East Lancashire at the start of the century we have an abundance of disused mills and abandoned spaces.

“We think it is really important and part of our culture that we need to keep alive.”

She hopes the episode will educate some viewers.

She said: “High street fashion is so cheap and easily accessible to us.

“We want to kickstart a new way of making our own clothes and see if we can find an alternative to fast fashion.”

You can watch Countryfile on BBC iPlayer.